Blue Lake Disc Golf Course was installed in 2012 and has been the site of several professional disc golf tournaments including the 2014 PDGA Pro World Championships. Below, is the detailed history of the course provided by Next Adventure on www.netadventure.net.

The Blue Lake Regional Park disc golf course opened to the public on August 15, 2012.  The project came t0 fruition thanks to the hard work, cooperation and diligence by Metro Parks, Next Adventure, and Stumptown Disc Golf Club.  Initially the land had been planned to host a traditional ball golf course, but because of the interest and excitement from the local disc golf community Metro decided to go with something new, and try disc golf.  The course was designed by World Champion disc golfer Dave Feldberg, Jeff Haggerty, and Tyler Christensen.  A core group of volunteers worked in their spare time to clear the fairways, pour the cement tee pads, construct & install the tee signs, benches, and install the baskets.  Next Adventure built the tee pads, tee signs, and benches with the help of Stumptown disc golf club volunteers, while KEEN funded & built the kiosk that sits near tee pad #1. 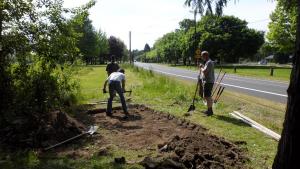 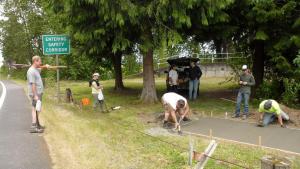 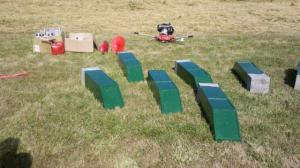 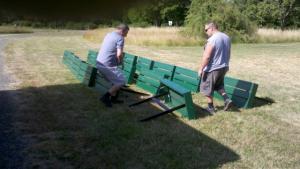 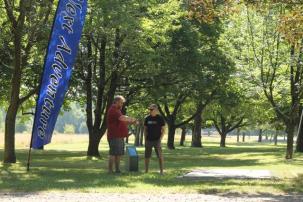 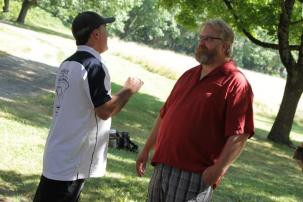 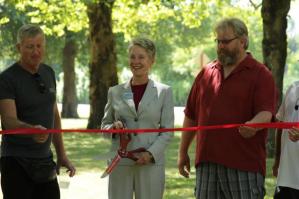 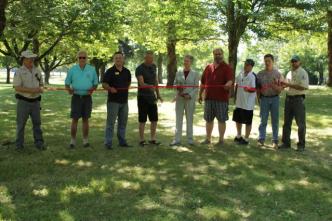 Metro Councilor Shirley Craddick
The ribbon cutting was attended by many notable politicians and leaders of the community in Fairview, Oregon. Below are some of the Metro staff and visitors that were in attendance for the grand opening:

The course has proved to be very popular since it’s opening.  The 18 hole, par 69 course is very challenging with some rough that tends to swallow up discs if a player happens to miss the fairway.  The tee pads are very large, and the tee signs & benches are solid to Next Adventure & the many volunteers that helped install them. 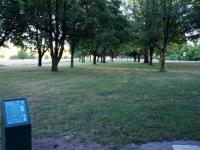 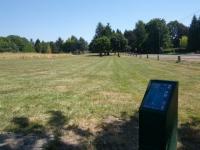 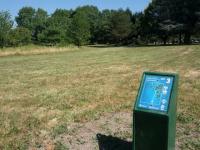 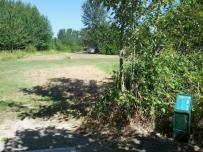 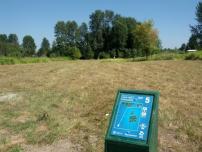 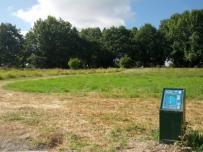 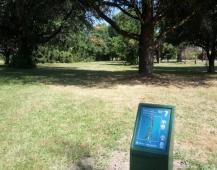 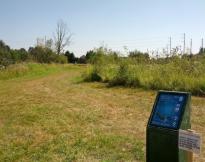 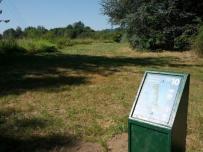 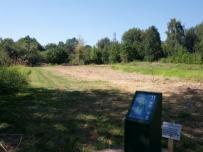 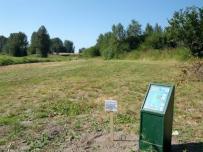 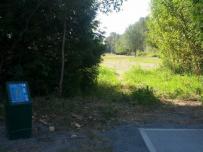 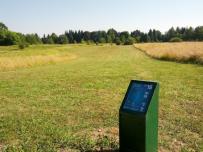 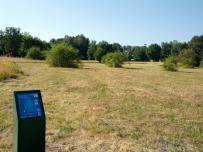 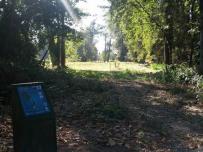 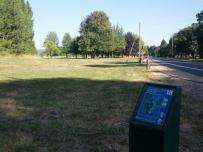 Thanks to Josh Dearing for his awesome picture of all 18 holes!

There is no charge to play the course, but it is $5 per car to park.  Parking is located across the street from tee #1.  No parking is allowed on the streets near the park.  You may purchase a Metro annual parks pass for free parking at Oxbow and Blue Lake Regional Parks, Chinook Landing Marine Park and the M. James Gleason Boat Ramp. Use this link to Metro’s secure online store http://store02.prostores.com/servlet/oregonmetro/C…rt_id=29337257). Regular passes are $40; senior passes are $30 and are good for the calendar year. Passes are not discounted depending on the time of year you purchase them or transferable to other vehicles.

The course has hosted some big disc golf tournaments including the PDGA’s United States Women’s Disc Golf Championship September 20th through the 22nd of 2013 and the 2014 PDGA Pro Disc Golf World Championship.